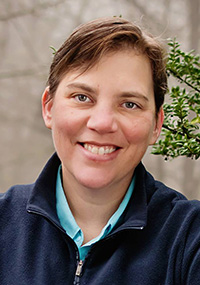 Beth and her wife, Jennifer, opened where they primarily practice in the areas of estate planning, adoption, and assisted reproduction law, with a special emphasis on serving the LGBTQ and other minority communities.  Prior to becoming a lawyer, Beth worked in a variety of capacities as an advocate for the elderly, for the developmentally disabled, and for homeless pets. After graduating from the University of Arizona College of Law in 2002, Beth worked as a domestic violence attorney for Southern Arizona Legal Aid and staff attorney for the Pascua Yaqui Tribe in Tucson, Arizona, and then clerk for the Honorable Marilyn Litzenberger, and staff attorney (and later, a non-equity partner) at Beth Allen Law PC in Portland, Oregon.  No matter the endeavor, Beth has always enjoyed working closely with her clients to address the needs unique to each individual or family, and enjoys working in practice areas that enable her to maintain long-lasting relationships with her clients.

Beth grew up in Portland, Oregon, and enjoys all that the Pacific Northwest has to offer.  In her free time, Beth enjoys hiking, backpacking, camping, skiing and a multitude of other outdoor activities with her wife, her daughter, and their two dogs.  Beth is also a volunteer with Beaverton CERT (Community Emergency Response Team) and is excited to be doing more advanced training for emergency response, HAM radio, wilderness first aid and survival, and search and rescue.  The Wolfsongs are also devoted Portland Thorns fans and look forward to each exciting new season of the National Women’s Soccer League.